The 5 Best Cuts Of Steak That Are High-Protein, Low-Fat & Wallet-Friendly

Even though all steak comes from a cow, it's not all cut from the same cloth. We've gathered the best cuts of steak that are high in protein and friendly on the wallet. All of the gains, none of the financial pain.
POSTED ON Feb 13, 2021

While most body-builders live on a diet of lean chicken and fish, sometimes, the hankering for a meaty piece of steak just won’t go away. However, steak can be pretty heavy on the saturated fat – not to mention heavy on the wallet, too. So, when the craving is there, how do you choose the best cut of steak that won’t ruin your clean diet and also won’t cost an arm and a leg? Whether you’re dining out or cooking up a steak at home, it’s worthwhile understanding the different types of steak. While it’s true the fattier the cut of steak the more flavourful it will be, choosing a lean but high-protein cut doesn’t mean you’ll be gnawing on a piece of meat that’s dry and flavourless. It’s all about preparation, salt and spices. OK, but where do you start? Don’t worry, we’ve got you covered. We’ve done the hard work and uncovered the 5 best cuts of steak that are high protein and low-cost, meaning you’ll get all the gains with none of the financial pain.

5 Best Cuts Of Steak That Are High-Protein & Wallet-Friendly

Eye of round steak 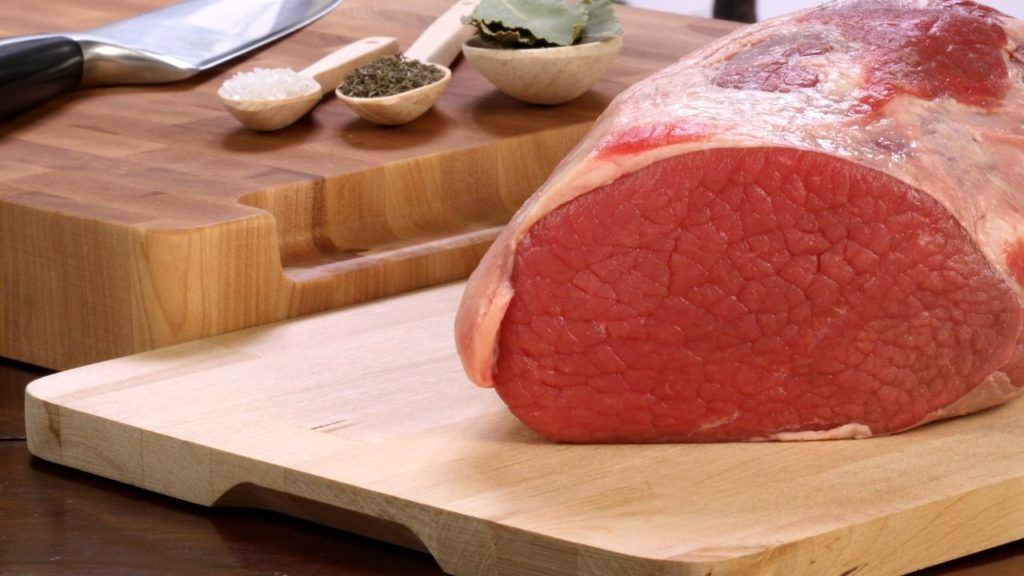 Eye of round steak is one of the leanest cuts of meat you can choose, and it is also one of the most cost-effective cuts of steak. This cut comes from the rear of the cow, mostly near the rear legs, which means it’s super dense in protein and iron. In terms of protein, for every 7g of protein, there’s 1g of fat, making the eye of round a delicious and high-protein cut of steak. In terms of cooking, however, because it is low in fat and high in protein in can be quite tough. To make it easier to chew and digest, you can marinate the steak in oil and salt before cooking it.

Beef flank steak is one of the more uncommon steak cuts, but it’s readily available across Australian butchers and supermarkets. It’s high protein – in fact, one of the highest protein cuts of steak. It has a ratio of 3.5g of protein to 1g of fat. Flank steak is ideal for grilling, stir-fries, and steak. It’s best served thinly sliced. 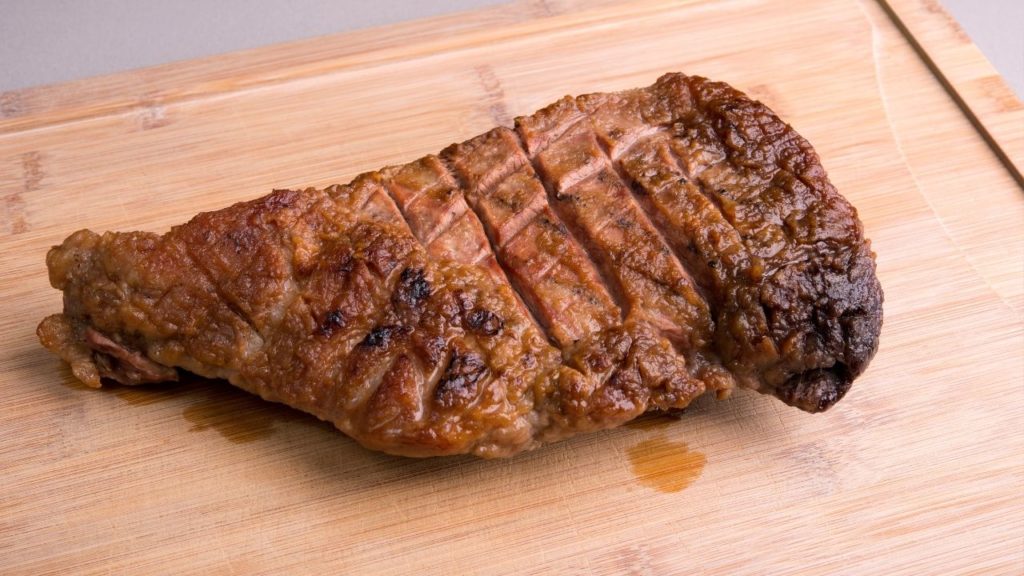 Knuckle steak is another very lean cut of meat which comes from the cow’s round or near its hip. Sirloin-tip side steak is also known as breakfast steak. In terms of protein, it’s the same as the eye of round, with 7g of protein to every 1g of fat. While this cut is pretty lean, you can make it even leaner by trimming off any visible fat before cooking. However, fat does add flavour, so you can always cook the meat with the fat on, and cut the fat off after you’ve cooked it.

As you can see from the picture, skirt steak is one of the fattier cuts of meat with 2.5g of protein per 1g of fat. However, it’s rich in flavour, good on the wallet and high in protein. It comes from the abdomen of the cow and is very lean. Skirt steak is cut across the grain, giving it a more unusual texture than other cuts. 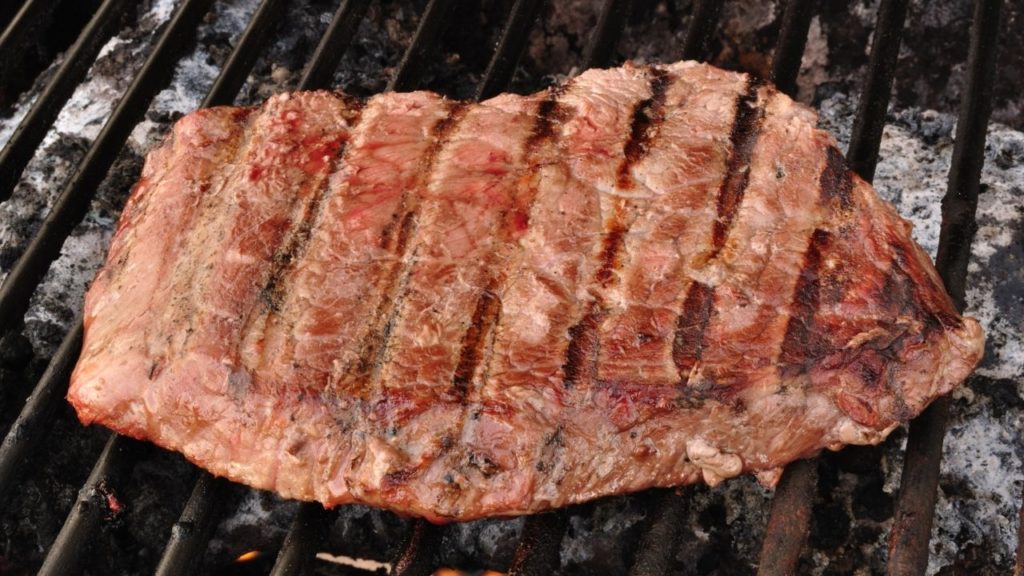 Top sirloin steak comes from the very top of the loin section of a cow. When considering protein, price and flavour, it’s one of the best money can buy. While it’s on the fattier side than knuckle or eye of round steak (5g of protein for every 1g of fat), it’s budget-friendly, tasty as anything and still delivers a good dose of protein. Top sirloin is also a great natural source of creatine, so it’s definitely good for increasing your strength and energy in the gym. Top sirloin is ideal for the grill but also delicious when roasted

Cooking Tips for Your Budget Steak

Season, season and season some more. Rub it with salt and oil to help tenderise the meat. And, if you have time to spare, set it aside on the benchtop about an hour before cooking. This will make the beef more flavourful, but also easier to chew and digest, making it an overall more enjoyable meal.

Steaks to Steer Clear of (Most of the Time)

While anything in moderation is generally fine, there are certain cuts of steak you should steer clear of if you don’t want to sink your clean eating and hard work in the kitchen and gym. Rib-eye steak, T-bone steak and Porterhouse steak are all high in fat (with a roughly 1:1 ration of protein to fat), and they are the more expensive cuts of meat. Sure, you can splurge from time to time, but if you’re chowing down on beef on the reg, avoid these cuts for the most part. 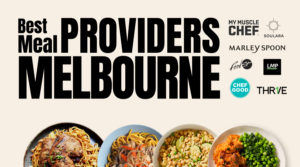 The Best Meal Providers in Melbourne 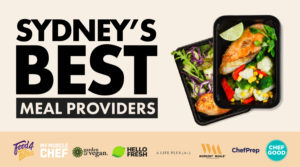 The Best Meal Providers in Sydney