Which Popular Grains Are Actually Gluten-Free?

For those who eat gluten-free, grocery shopping for gluten-free products can be tedious and complicated, especially when you’re trying to distinguish glutenous grains from gluten-free grains. Labels aren’t always clear and differentiating certain glutenous and non-glutenous compounds can often confuse you into purchasing the wrong product, which could result in major discomfort following consumption and for some, much more serious side-effects.
POSTED ON Aug 16, 2021

Learning to eat entirely gluten-free is not an easy feat, especially with new products being released frequently to keep up with the growing demand for gluten-free products as the diet becomes more popular for both health and medical reasons across the globe.

As the culinary world adapts to the changing dietary forecast, companies and food scientists are now elaborating on the makeup of particular products to ensure gluten-free eaters are aware that these products are safe for consumption.

One ingredient in particular, which has been used in the creation of baked goods for centuries, continues to confuse gluten-free eaters around the world. Grains, used to bake bread (which was inherently glutenous until recently), come in all different shapes and sizes and are often avoided by gluten-free eaters entirely, usually due to a lack of knowledge regarding the grain’s makeup.

Gluten is a collection of different proteins which you would normally find in wheat, rye, barley and triticale. Proteins such as glutenin and gliadin creates elasticity which is why it is often used in the baking of bread and other baked products.

Some of the grains that do contain gluten and therefore should be avoided by celiacs and gluten-intolerant eaters include:

While there are only four clear glutenous grains on the list, wheat itself has many forms, all of which contain gluten. These sub-categories of wheat include.

How does gluten affect the body?

There are different levels of gluten-intolerance including non-celiac gluten sensitivity, wheat allergy, and celiac, while many other people make the choice to switch to gluten-free diets for the many (alleged) health benefits

For people suffering celiac disease, the consumption of gluten can completely destroy the lining of the small intestines which can cause severe cramping, diarrhea, nutrient malabsorption, weight loss and skin conditions such as dermatitis.

For those who suffer from non-celiac gluten sensitivity, symptoms can include fatigue, cramping and headaches, while people with wheat sensitivities suffer similar symptoms to those with celiac disease but can escalate to more serious reactions including anaphylaxis.

Which grains are actually gluten-free?

With a bunch of different grains available to use in baking and cooking, it’s easier than you’d think to eliminate glutenous grains from your diet. Just some of the great gluten-free grains available include:

With the rising demand for gluten-free substitutes, many of these grains have been made into gluten-free versions of flour to replace your usual wheat-based flours; for example, you can now get your hands on rice flour, quinoa flour and buckwheat flour.

Sorghum is jam-packed full of fibre and protein and can help to lower-cholesterol. The best way to eat it is similar to how you would eat cooked rice or quinoa.

I think it’s safe to say most of us have encountered quinoa in our lifetime and it’s not half bad! Quinoa is a protein-rich seed which also holds antioxidant and anti-inflammatory properties.

It’s a great space filler and can be eaten like rice, in salads and in desserts. With high levels of protein and dietary fibre, quinoa also helps to keep you fuller for longer.

Oats can be one of the more confusing gluten-free grains given not all store-bought oats are actually gluten-free. While oats int heir raw form are gluten-free, they are often processed in facilities that also process wheat, barley and rye, which means there is likely some contamination. This may not make too much of a difference to some gluten-free eaters, however, those who suffer more serious side-effects from gluten should definitely stay away.

If you are wondering which oats are contaminated, check the back of the box or packet and look for “traces of”, which will indicate whether the oats have in fact been in contact with gluten.

Buckwheat has a wonderful, earthy flavour to it and is mostly used in ground flour-like form to replace your usual glutenous flour. You may have seen buckwheat pancakes or buckwheat soba noodles in your travels, both of which are just as delicious as regular pancakes and soba noodles!

While amaranth is only recently breaking through as a popular health food, it’s actually centuries old and was consumed regularly by the Aztecs and Mayans. Although, actually considered a pseudo-cereal (which means its’s not actually a cereal grain like oats) amaranth can be used in similar ways to wheat and is extremely versatile.

I think we all know the basics when it comes to corn! Corn is a grain and in its raw form (corn kernels) is a whole grain full of all of the healthy nutrients our bodies love. Although, when it’s broken down into cornmeal form, it does lose some of the nutrients it carries as a whole grain, however, it’s still completely gluten-free and acts as a great thickening agent.

The highly nutritious grain is grown and consumed as a staple in Ethiopia and is often ground down into flour and used for baking and other cooking. It gives off a sweet, nutty flavour and is another great, gluten-free substitute for regular flour.

A staple across the world, rice comes in many different forms and is a cheap and filling component to add to everyday meals. The grain is extremely nutritious and versatile and absorbs plenty of flavour when added to any number of tasty dishes. While rice is pretty straight forward, some rice forms are more nutritious than others, for example, brown rice is considered a whole-grain and still contains its bran layer and germ, both of which are jam-packed full of nutrients.

When rice is not being consumed as a grain, it is also ground down and processed into a rice flour which can be used for various different baked goods. 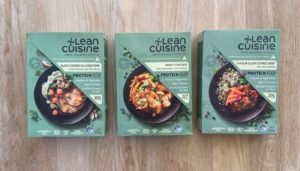 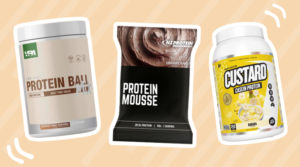 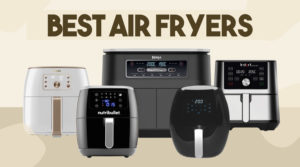